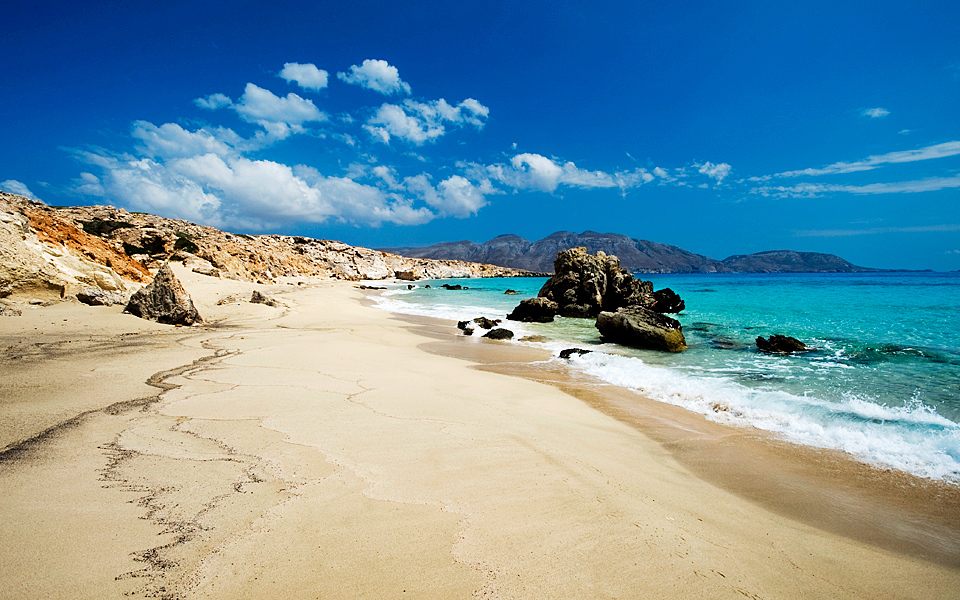 Travel back in time on this small island, which remains largely untouched by tourism and acquaints visitors with an authentic slice of Greece from a bygone era.

Kasos is located to the east of Crete and is the southernmost of the Dodecanese island cluster. At first glance, its rugged landscape makes it appear somewhat savage and hostile. But this is an island of pleasant and welcoming people that is very rewarding for those who make the effort to visit. 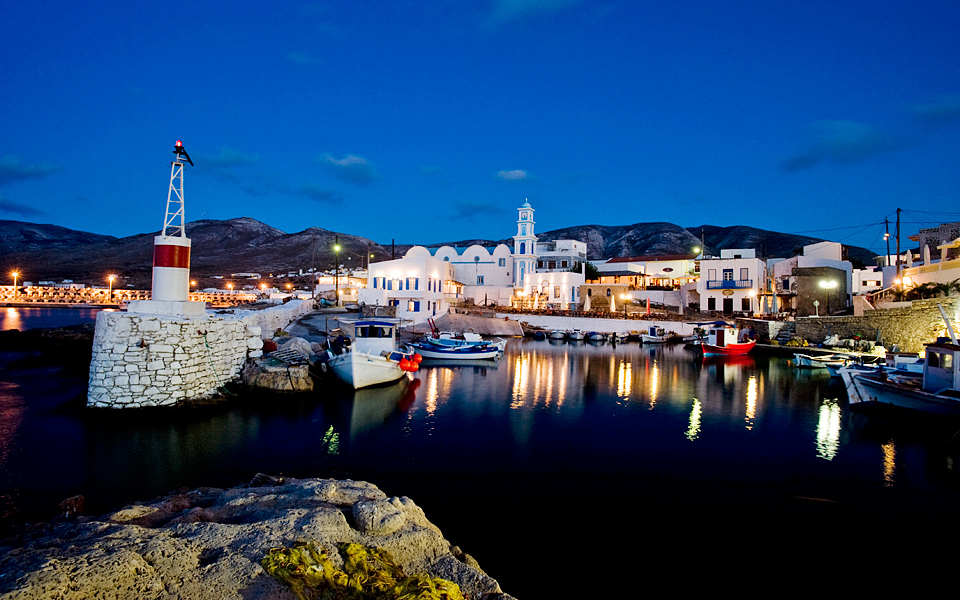 The picturesque old port of Bouka which dates from pre-Ottoman times.

1. THE OLD PORT OF BOUKA

Located near the main port of Fri, locals in the pre-Ottoman era poured all of their considerable skills into the construction of this 2,000-year-old port. At the Church of Aghios Spyridonas, with its ornate bell tower, the owner has an important collection of family photographs that illustrate life on the island in the past century. 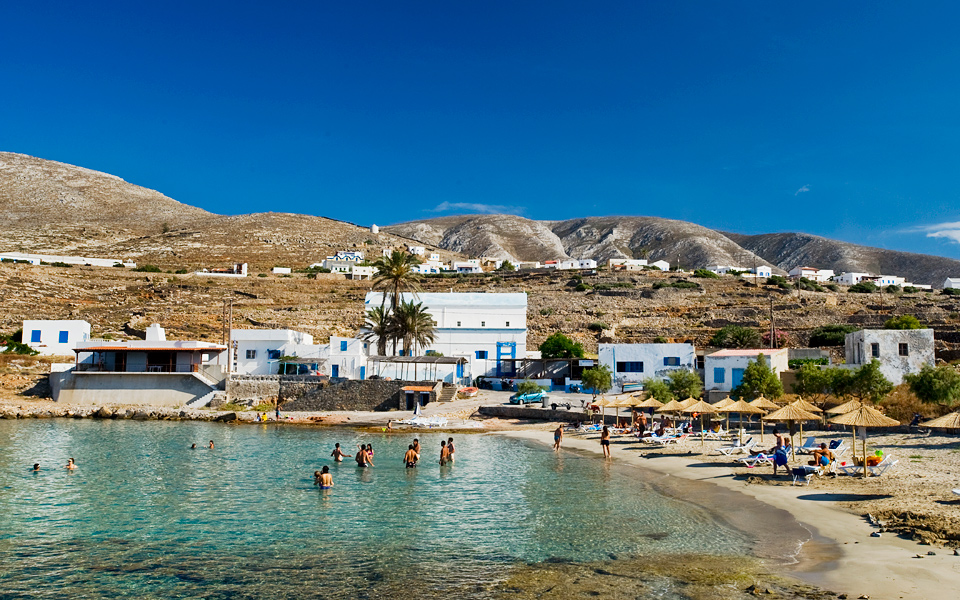 The beach at Emporeio is particularly pleasant for a swim.

Take a walk from Pounta to Emboreio to enjoy the sunset or a swim at its beach, which is particularly pleasant when there is no northerly wind. Next, head for Panaghia, a pretty village with a number of well-maintained stately homes that stand out for the imposing archaic-style columns at their entrance and their beautifully carved wooden doors. The same village is home to the Church of Pera Panaghia, which hosts one of the biggest fetes on the island on August 15, a national holiday marking the Dormition of the Virgin. The six small churches located in the village also constitute a fine example of Byzantine architecture.

Aghios Mammas church where visitors can enjoy a stunning view of the Aegean.

3. THE CHURCH OF AGHIOS MAMMAS

This landmark is best visited off-season so that you can truly appreciate the synergy between the Byzantine architecture and the stunning Aegean seascape. September 2 is an important date for this church; locals gather for a major religious festival and stay at the monastery’s dormitories overnight. 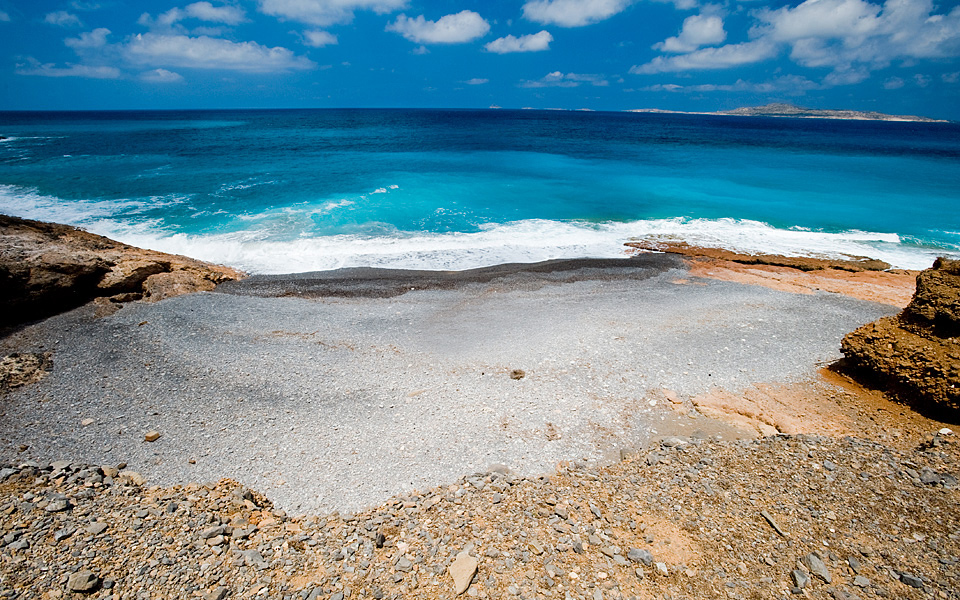 The secluded cove of Antiperatos beach.

Passing Fri and Bouka as you head west, you will come across a small church dedicated to Saint Constantine (Aghios Constantinos) that marks the turnoff to Ammouas beach. If you keep going for about 5k further along the road, you will reach Antiperatos beach, which consists of three small coves with excellent blue-green waters that can get a bit choppy in northerly winds. The beach at Helathros is also worth a visit, made up of massive rocks embracing a pretty bay with clear waters. 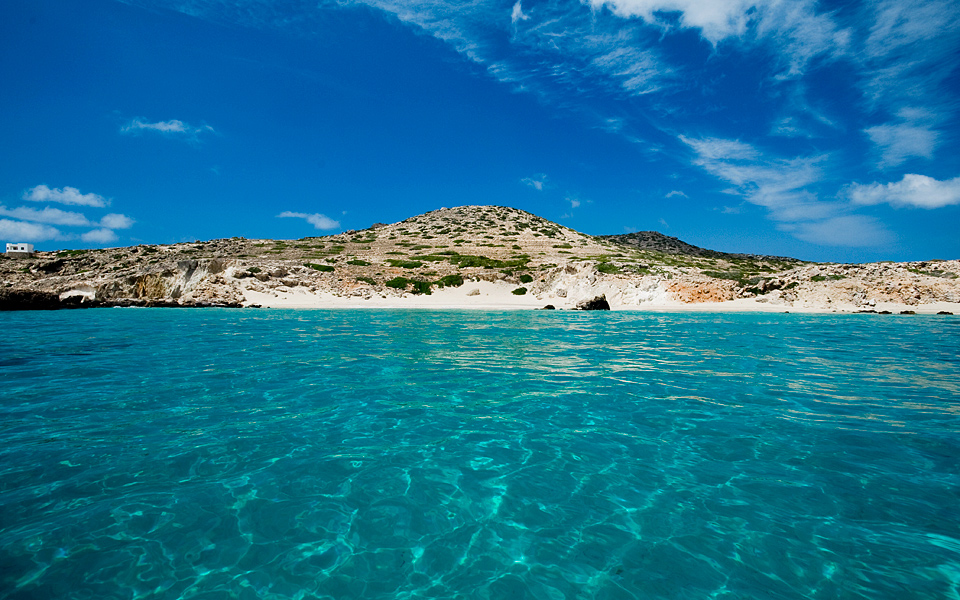 One of the best sandy beaches in the Mediterranean, Marmara.

Set sail from the port and in 35-40 minutes heading west you will reach the islet of Armathia, where you can swim at one of the loveliest sandy beaches in the Mediterranean, known as Marmara (Marbles). Another amazing tour – though you will need a local guide – is along the eastern coast of the island, allowing you access to beautiful beaches that cannot be reached in any other way, such as Agali and Gialoui. 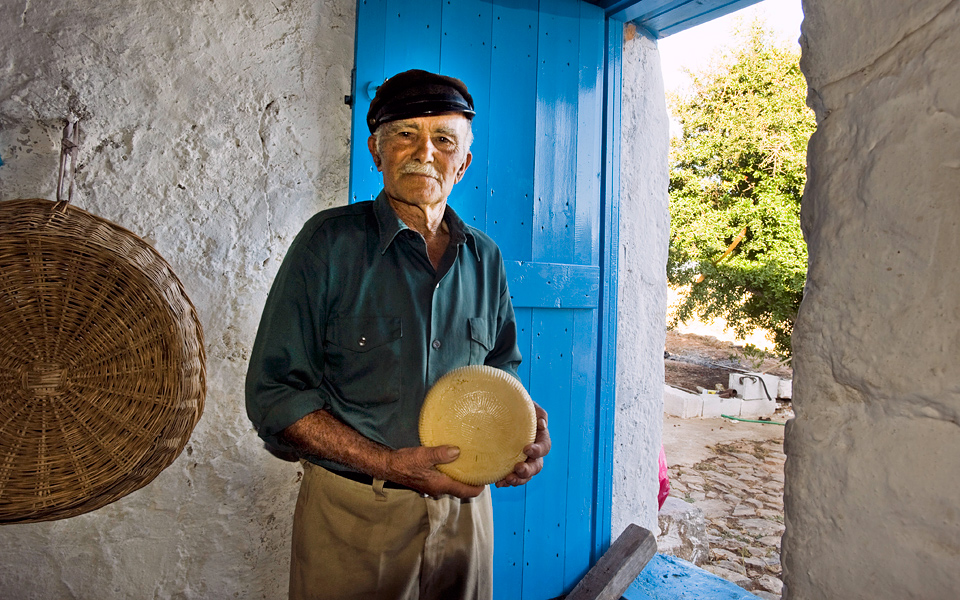 The people of Kasos have been producing cheeses of excellent quality for decades.

Kasos is renowned for its excellent cheeses and other dairy products. Near the entrance to the village of Aghia Marina when traveling from Antiperato, is the dairy of the Vonaparti family, the only large business on the island producing fine local cheeses and exporting all over Greece. Aghios Georgios in Hadia is about 15k further along the central road and along with Mytata, is where the people of Kasos have been producing cheeses for decades.

Girls in traditional dress for one of the island’s many festivals.

Nothing will make your visit to Kasos more worthwhile than attending one of the many traditional feasts that islanders are so fond of hosting, mostly to celebrate a marriage or baptism, or to mark some religious holiday or other. Local bands perform traditional tunes mainly on lyres and lutes, while songs have the narrative lilt of Cretan mandinades. There is also no shortage of theatrical flair, as the meaning of the lyrics is often illustrated with dramatic hand and facial gestures. As you sip your raki, you may find that you’ve lost track of time and the sun has already started to come up, but don’t worry, these are experiences you’re sure to remember for many years to come.