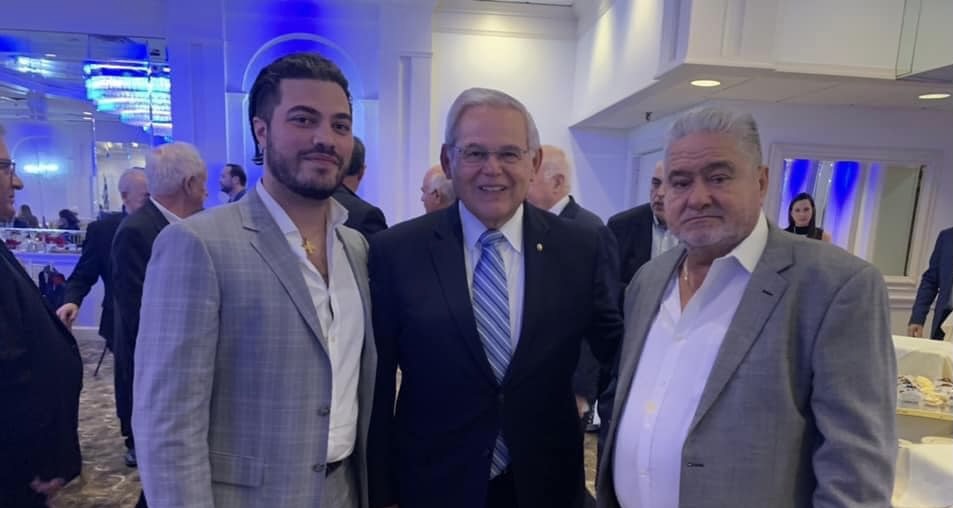 A happy moment knowing that my nephew Yanni Sakellaris Logothetis had the honor of once again meeting the distinguished U.S. Senator Robert Menendez (D-N.J.), Chairman of the Senate Foreign Relations Committee and a lifelong friend of my father, John Sakellaris. 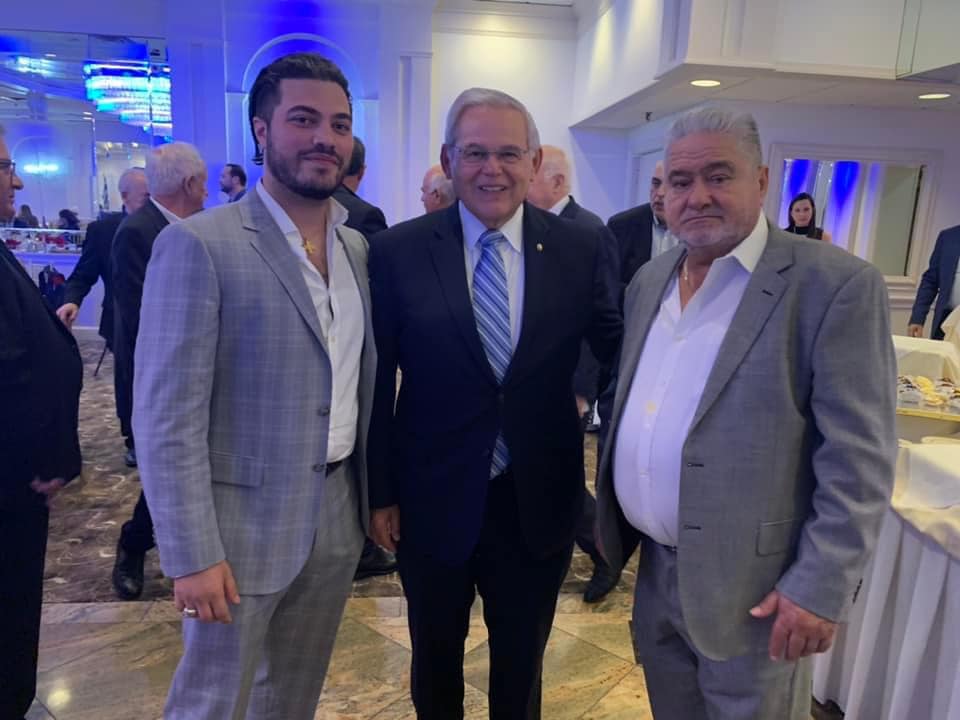 A friendship that spanned from the days when the Senator began his political career in the 1980’s as Mayor of Union City in 1986. The Senator is the QUINTESSENTIAL AMERICAN STORY. From poor Cuban immigrant parents, he has risen to becoming a high ranking Member of Congress.

Senator Menendez has been a friend and PHILHELLENE from the onset of his career. The political interests of Greece which include democratic and economic stability and peace in the region are pivotal to the manifestation of AMERICAN interests in the region and Foreign Policy.

I share some quotes and comments that reflect his support of Greece and Condemnation of Turkey, it’s invasion of Cyprus and it present day tactics that violate Greeces sovereignty. His recent comments in August 2022 in GREECE as he receives an honorary Doctorate by the Rector of the National and Kapodistrian University of Athens. 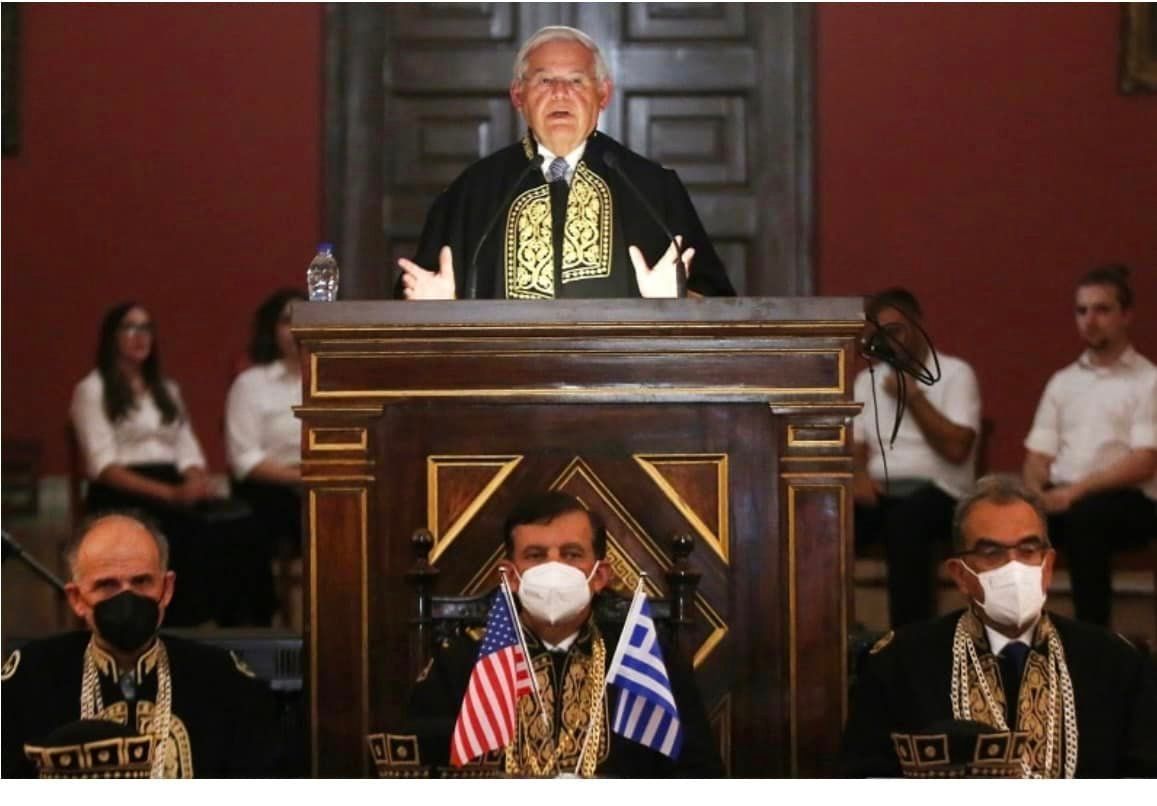 “On this somber anniversary of Turkey’s illegal invasion of Cyprus, we are reminded how the events of 1974 only served to presage Turkey’s increasingly aggressive and dangerous posture against U.S. national security interests and those of our closest allies and partners. To be clear, Turkey’s invasion and illegal occupation in the north of Cyprus is in violation of international law and must end. But in explicitly calling for two states on the island and planning to develop Varosha despite United Nations resolutions seeking special status for the area, Ankara not only threatens the Republic of Cyprus, but the security of the entire region.

“Simply put, Erdogan is no friend of the United States. I look forward to working with Secretary Blinken to explore new measures that the Biden administration can take to ensure President Erdogan faces additional consequences for violating international law, and for his brazen determination to rob Cypriots from controlling their own destiny. The United States must not waver in our firm commitment to help end the tragic division of this island nation. It is incumbent on us to make sure the world is watching, and that Ankara is held accountable.” 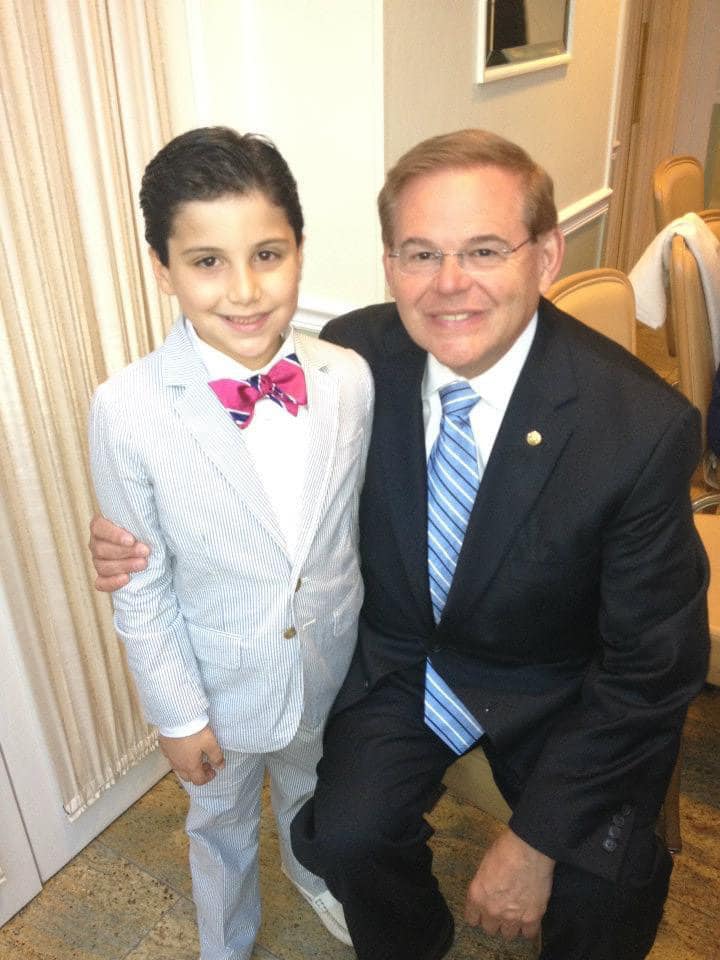 Referring to the Cyprus problem, Sen. Menendez stressed that “while it has been almost five decades, Turkey’s illegal occupation of Cyprus remains a terrible stain on the history of Europe that must be resolved.”

Erdogan’s bombast at Varosha last summer, in violation of UN security council resolutions, was just another reminder that he is not seriously interested in finding a tangible path forward,” he added. The US Senator reiterated his known opposition to the sale of new armaments to Turkey, listing a number of reasons.

These reasons, according to Menendez, include: the number of lawyers and journalists in Turkish jails; overflights of Greek territorial airspace and seeking to afflict Greece’s territorial waters; impeding Greece’s right over its exclusive economic zone to drill for energy deposits that exist that are so important today; creating challenges in Libya; and seeking new attacks in Syria.

These are “not the actions of a responsible NATO member […nor] the actions of a democracy, and as such, as far as I am concerned, it should not see the possibility of having any superior weapons sold to it by the USA,”  Menendez explained.

According to Sen. Menendez, “Erdogan seeks aggression as a diversion from the dire failure of his horrific economic circumstances that afflict the Turkish people.”

He said he expects “the US to hold Erdogan accountable for his behavior” and not remain silent in the midst of what are Turkish violations of the rule of law, including challenges to democratic values by which the Turkish government permits its forces to “commit human rights abuses.

Thank You Senator for Your friendship and support of Greece and Cyprus.