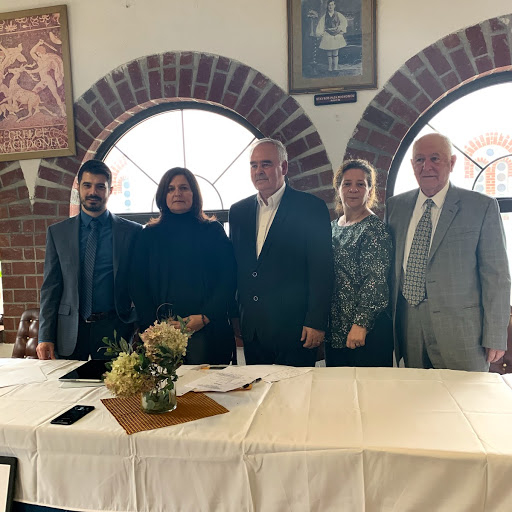 The Bloody Easter of 1919 was celebrated in America

The Bloody Easter of 1919 was celebrated in America

The Pan-Rhodian Association of America “Apollo”, in collaboration with the Dodecanese Federation and the Dodecanese Youth Organization, celebrated the 100th anniversary of the “Bloody Easter”. The anniversary of the heroic sacrifice of priest Lukas and Anthula Zervos is not only a great day of remembrance for Rhodes, but for the entire Dodecanese and for every Dodecanesian, wherever he resides. For this reason, it could not pass unnoticed by the Dodecanesian community of America. So, on Saturday, October 12, 2019, at the Connecticut University Center for Greek Studies, the mentioned organizations celebrated the 100th anniversary of the “Bloody Easter”. With humility, but also with national pride, they stood before the great sacrifice of father Lukas and Anthula Zervos.

The President of “Apollo” with the representatives of the Dodecanese Federation. From left: Nikos Kartalis, Maria Maragos, Elias Tomazos, Adamantia Mari, Emanuel Cassotis.

Early on Saturday morning, great commotion is seen in front of the “Cotiko House” in Astoria. There was a bus parked ready to take the New York Dodecanesians to Connecticut, where the “Bloody Easter” was to be celebrated. Inside the bus were Dodecanesian Youth dancers’ group with the Federation President Maria Maragos, the Secretary Adamadia Maris, the President of the National Dodecanese Council of America Emanuel Cassotis and other Dodecanesians. Others of our compatriots, such as the Federation Vice President Nikos Kartalis and Manolis Papazoglou, went in their own cars.

After a three-hour journey, it did not seem too log when you are with young people, the expedition arrived at its destination and was welcomed by Professor Elias Tomazos, Director of the Center for Greek Studies and President of “Apollo”. The room where the event will take place was prepared and decorated, immediately they felt that they were in a warm corner of the Greek homeland. 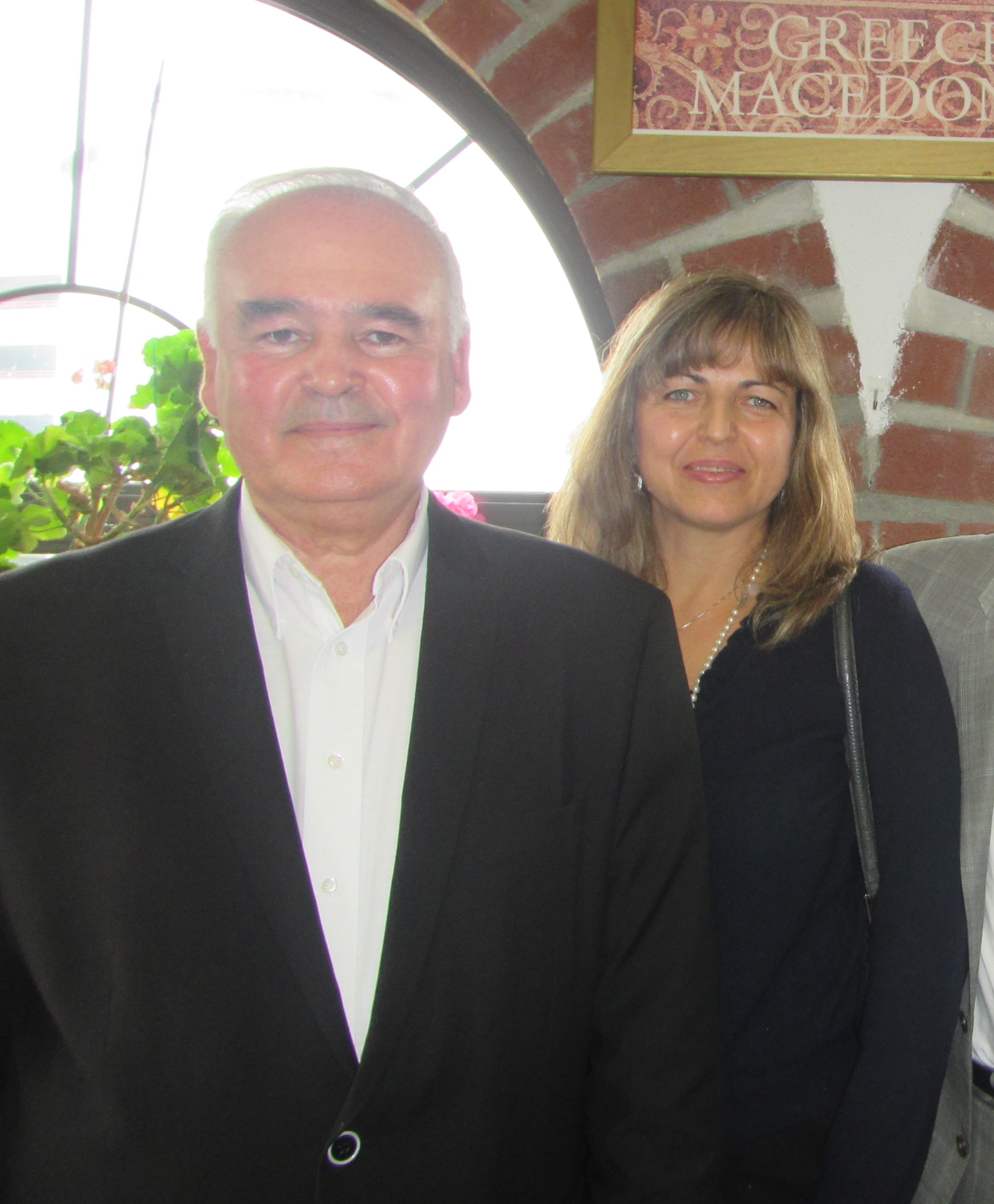 The president of “Apollo” with Vice Mayor Marisa Hatzilazarou.

Following an introduction by Mr Tomazos, Deputy Mayor Marisa Hadzilazarou, who came especially from Rhodes for the event, referred to the importance of the sacrifice of father Loucas and Anthula Zervos. Later she awarded Elias Tomazos a honorary diploma for his exceptional work, with pan-Hellenic value and importance, which transcends the borders of Rhodes and the Dodecanese. She also presented a plaque to Christos Kotiadis for his contribution to Rhodes and to “Apollo”. 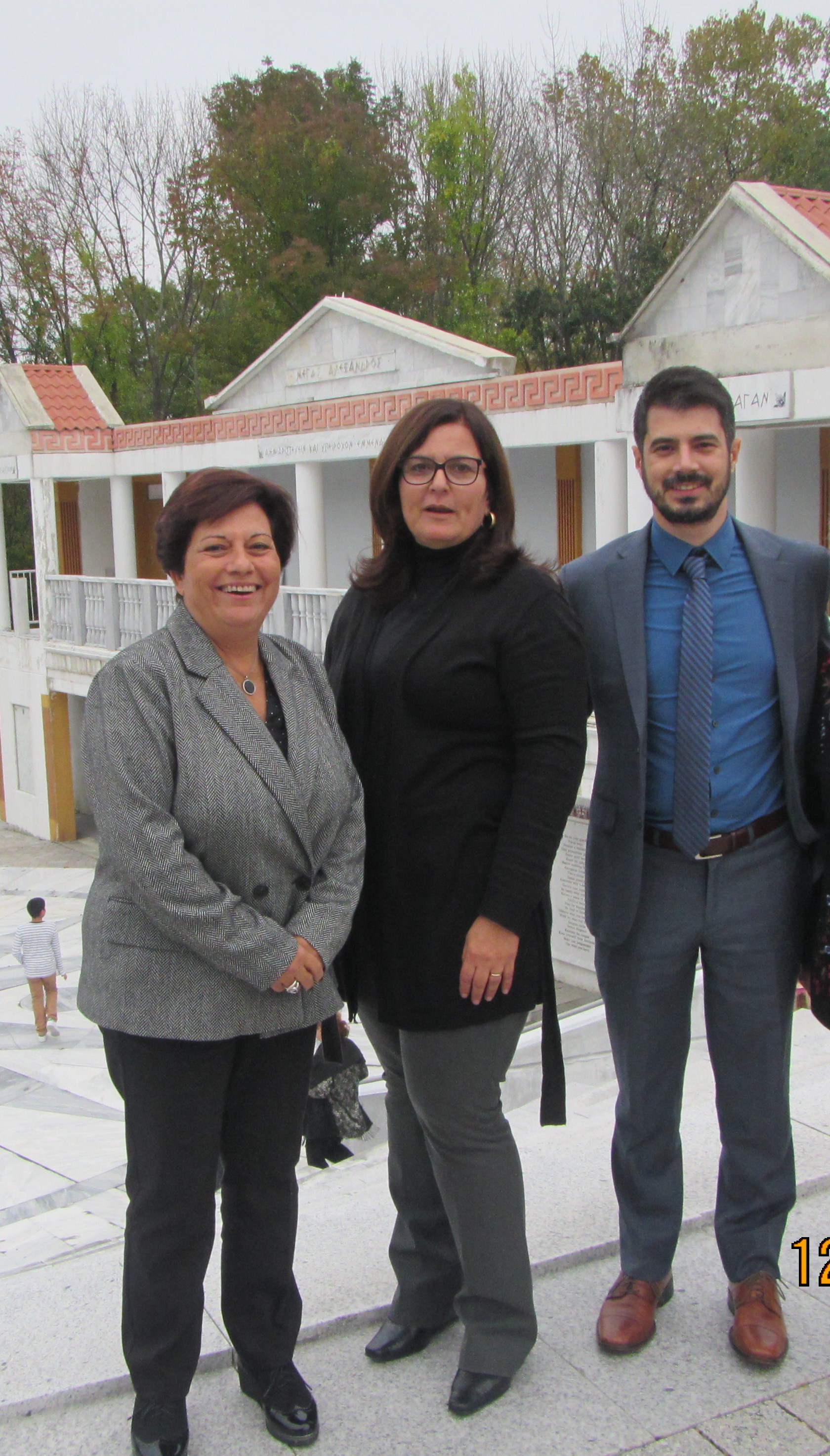 Carmen Cohen (left) with the President and Vice-President of the Dodecanese Federation.

Attending the event was Carmen Cohen, director of the Rhodian Jewish Community. She came to America to attend the celebration of the 75th anniversary of the Jewish Holocaust of Rhodes.

The President of the Federation, in her greeting, expressed her pleasure that after several years the Federation actively participates in an event outside of New York. She also praised the youth participation, giving them the opportunity to know firsthand the sacrifices made by their ancestors to liberate the Dodecanese and to pass them on to future generations.

To awaken the memory

With rapporteur and coordinator Emanuel Cassotis, the Dodecanese Federation undertook to narrate the story of the “Bloody Easter”, which moved the international community and contributed to the liberation and integration of the Dodecanese with Greece. The president of the Federation Maria Maragou referred to the historical and political context of the time. Followed by the Vice President Nikos Kartalis, who described the developments in the city of Rhodes and then the secretary Adamadia Mari narrated the rallies that took place in the other islands and villages of the Dodecanese, particularly to the events as they took place in Halki, Symi and Vilanova

In closing, Emanuel Cassotis emphasized that the purpose of the event was to tell the story and at the same time to honor the protagonists of the bloody events. And yet, to awaken the memory of the olders and connect the memories of the past with the present, passing them on to new generations. 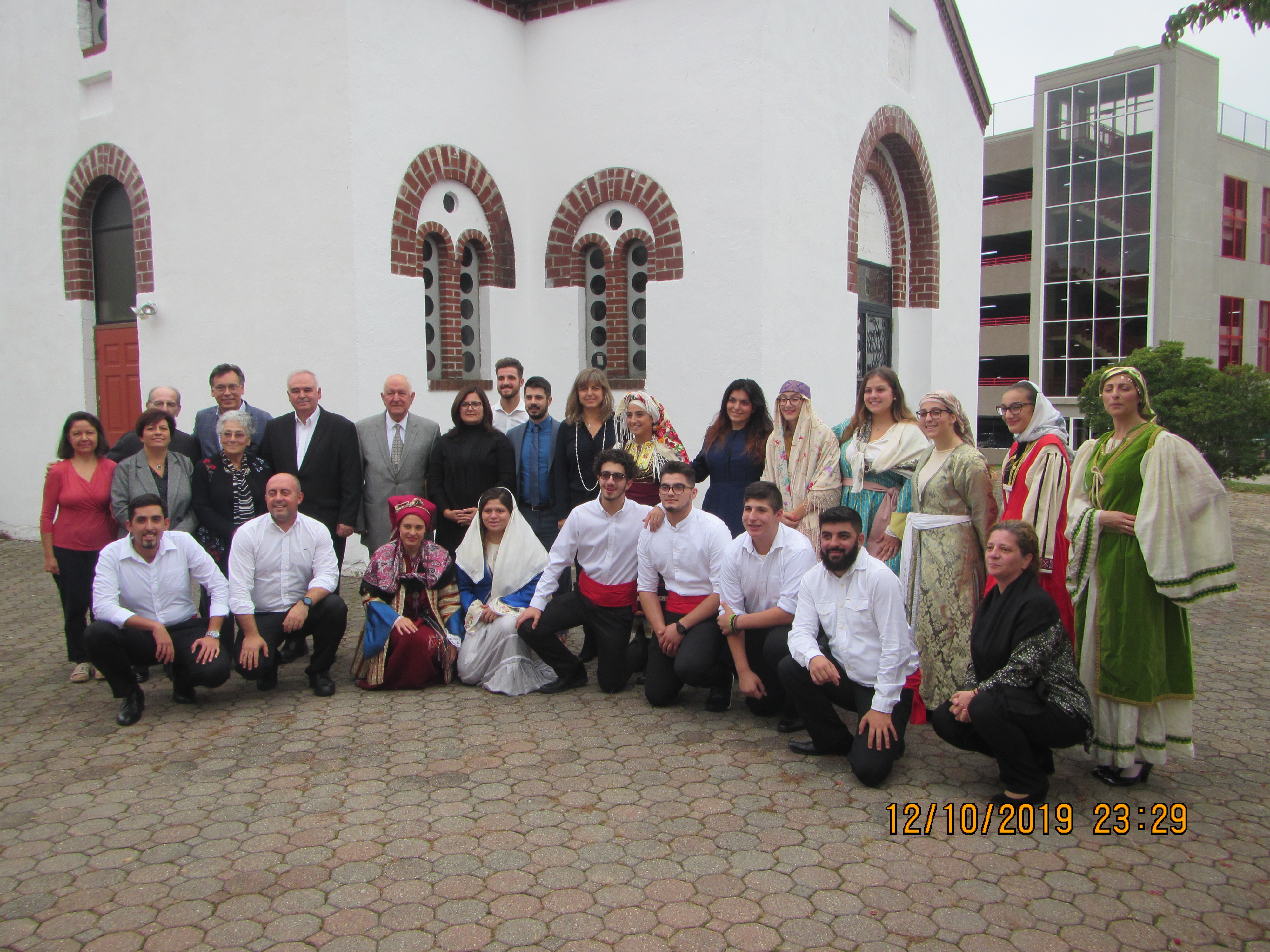 The Dodecanese Youth dancing group with officials and members of the community.

Students are taught and teach

In addition to the Dodecanesians from New York and Connecticut, many students who attending courses in Greek studies attended and participated in the event. In their speeches they referred to the history, geography and folklore of the Dodecanese. Maria Mandas spoke generally about the Dodecanese, Sophia Carelas about Symi, Matthew Petrides about Kalymnos, Nikos Xenakis about Nisyros, Panagiotis Xenakis about Leros, Mary Moshollari about Patmos, Christina Vlamis about Cos, Theodoros Hoffman about Castelorizo, Alexandra Provatas about Kasos and others for the other islands.

The speeches were well documented, each student had to use at least three independent sources. In her speech, Alexandra Provatas mentioned the characteristics and peculiarities of the five villages of Kasos. Sophia Carelas referred to Homer’s report on Symi and Nireas and Nikos Xenakis described the “koupa” dance. 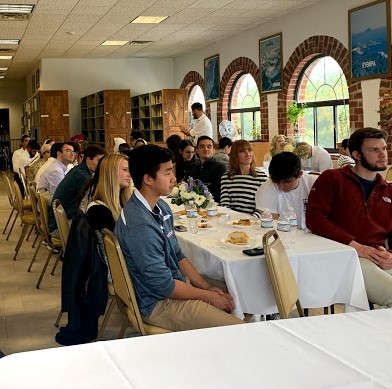 Students of Greek studies attended and participated in the event.

To those attending the event was offered a traditional Greek meal followed by a guided tour of the Center for Greek Studies. Besides the main building it includes the chapel of the Three Hierarchs and an outdoor amphitheater, such as in classical Greece. At its final stage is a building that will house the museum. 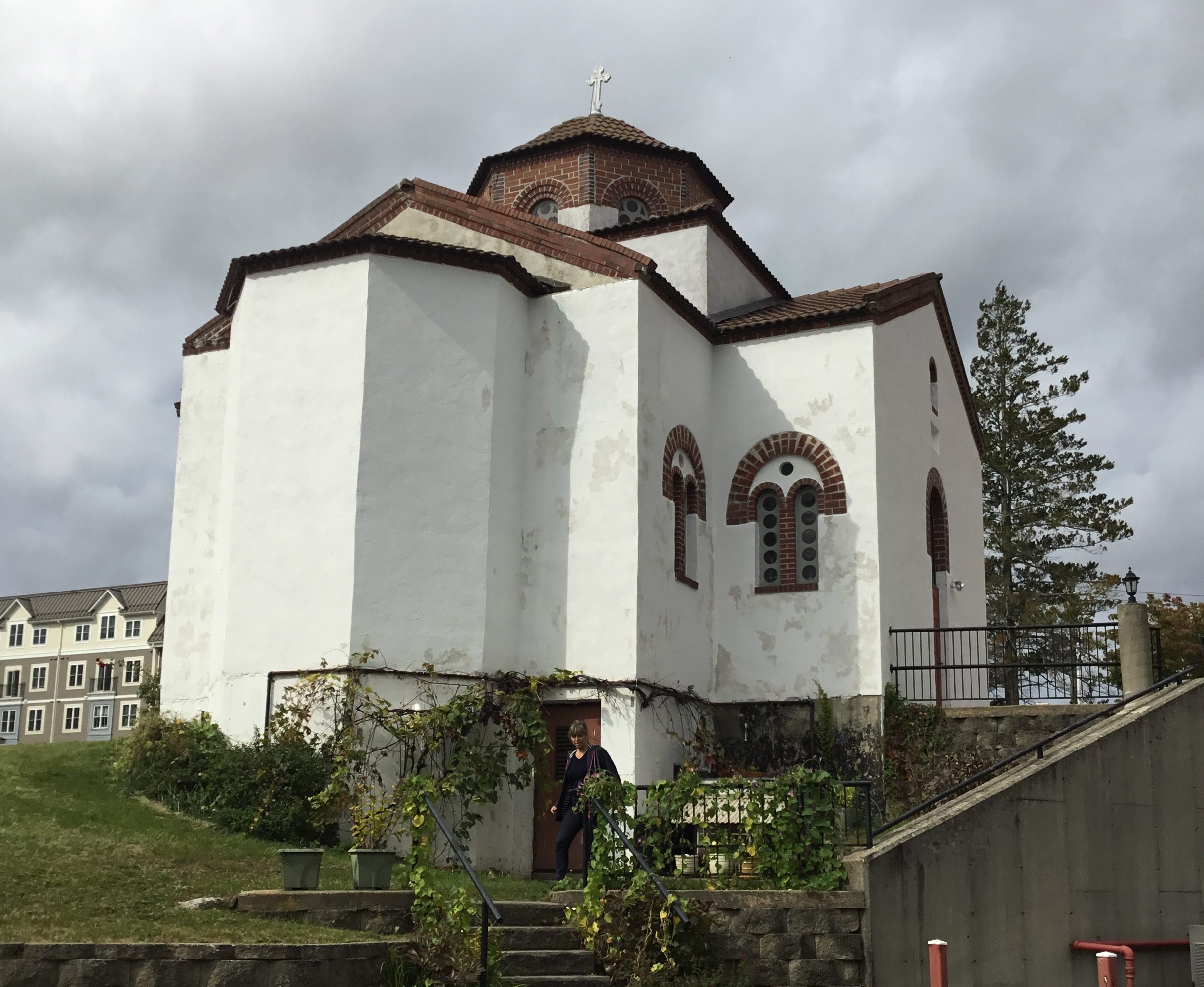 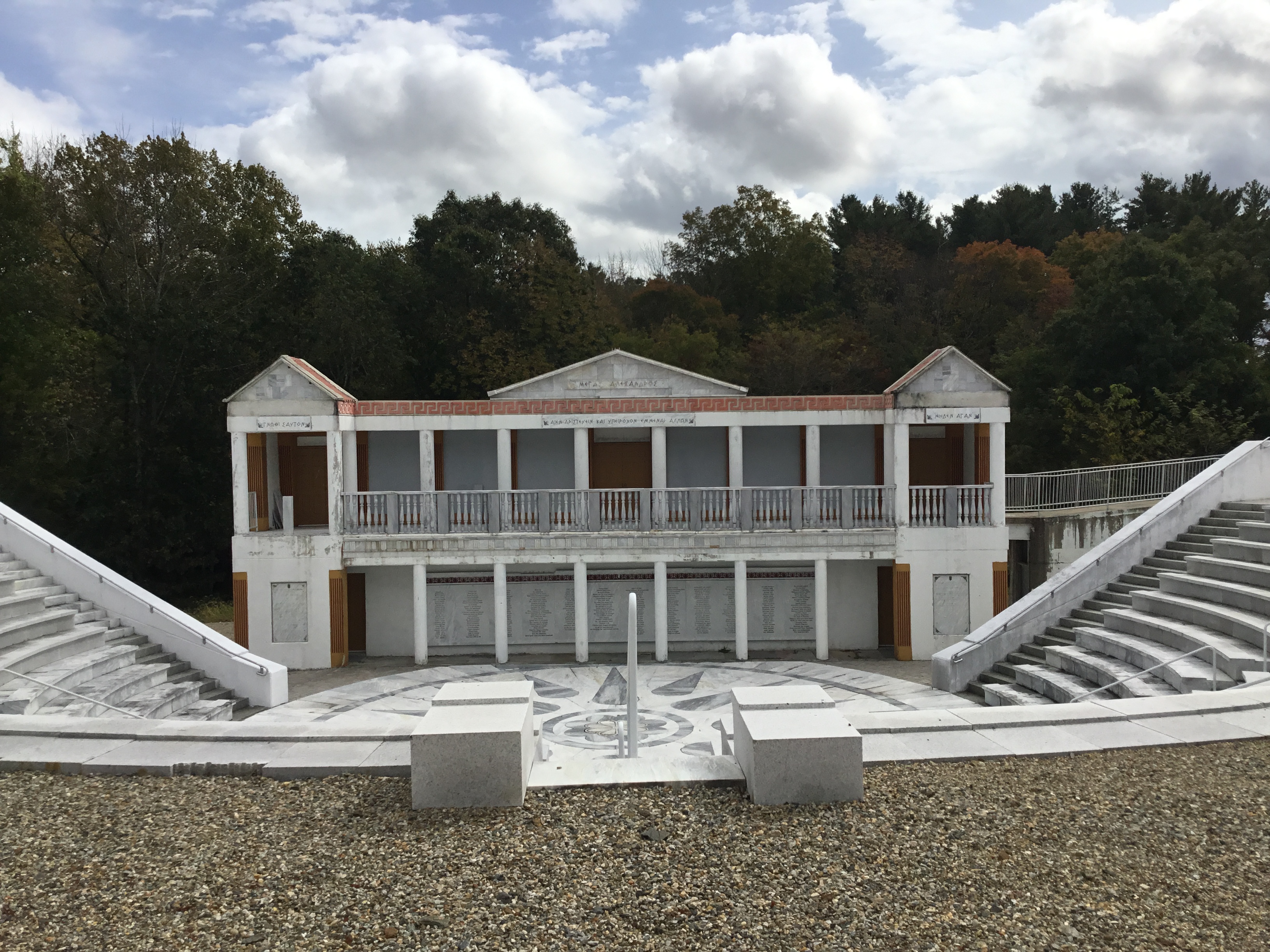 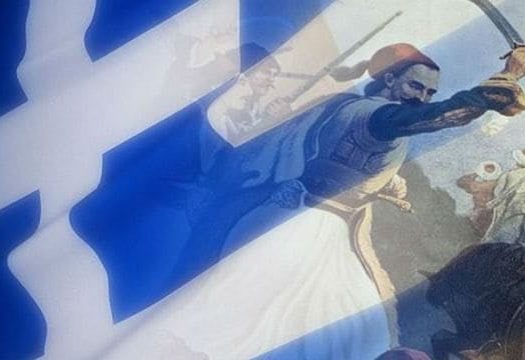 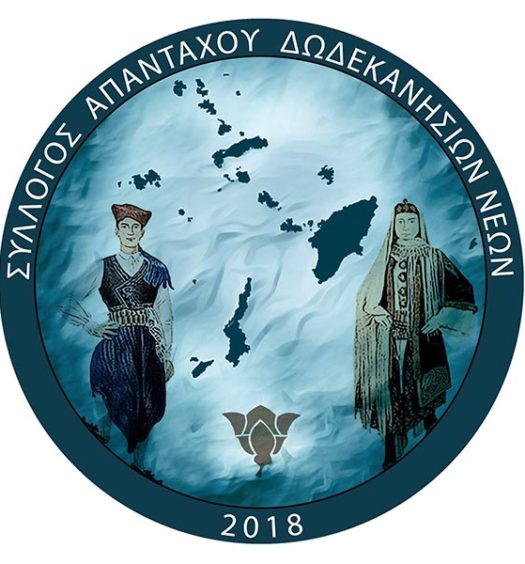